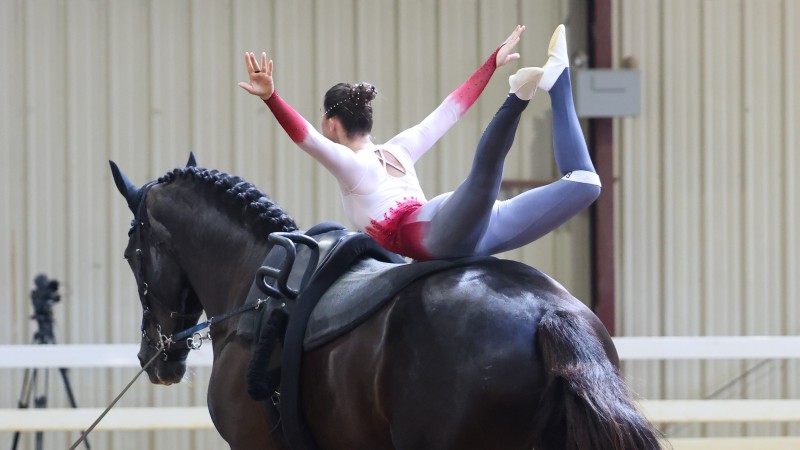 Vaulting returns to TIEC in the Indoor Complex with three days of competition open to the public. Free to attend! Schedule below

Saturday morning through noon will be the compulsory test for all competitors and Saturday afternoon is all freestyles (1 min routine performed to music). Sunday morning will be a mix of compulsories and freestyles.
Saturday 3:30 – 5:00 will feature Bronze, Silver, and Gold vaulters performing their freestyle routines. Vaulters will compete at all gaits, including walk, trot, and canter.
+ Google Calendar+ iCal Export